Glastonbury have announced additional names that will be joining the already electric bill and heading to Worthy Farm, this June. The festival’s Shangri-La area has revealed it’s line-up for the 2019 festival, which features the Idles. The announcement comes after it has been confirmed a special DJ performance, in honour of The Prodigy’s Keith Flint, will take place at this year’s Shangri-La area.

After festival organiser, Emily Eavis stated that the remaining bill would be announced “one stage at a time” in the run-up to the Worthy Farm spectacular, the popular Shangri-La area has now unveiled who is on their bill, for June.

Among the names announced were the Idles, who have been confirmed to be making an appearance on the Truth Stage, in a late-night slot. Joining the punk rock band is US rapper, Denzel Curry, who will also perform along with French heavy metal group, Gojira. Joining them on the already electric bill will be The Damned, Craig Charles, and Elvana.

The following names have also been revealed to be joining the already stellar line-up, which include the likes of IDLES and Denzel Curry, and also heading to Worthy Farm, this June is Black Futures, Earache DJs, Employed To Serve, Entombed AD, Gizz Butt (Ex-Prodigy) – Keith Flint Appreciation Hour, Haggard Cat, and Heavy Lungs.

Gizz Butt, former live guitarist for The Prodigy, will perform a tribute DJ set titled ‘Keith Flint Appreciation Hour’, in a set that will honour the late singer, Keith Flint. Joining Butt will be Rob Da Bank and Charlie Sloth – who will be spinning tunes. 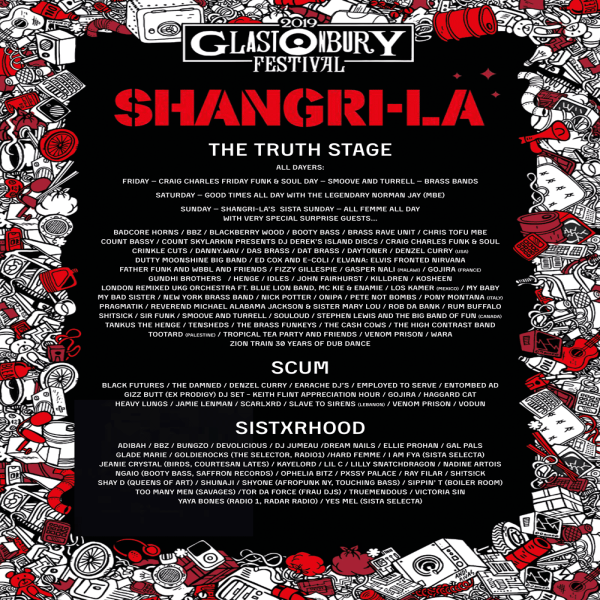 In an announcement, released on Wednesday the 1st of May 2019, Glastonbury revealed that the Shangri-La area will take on the theme of ‘JUNKSTAPOSITION: RE-USE – RE-CYCLE – RE-SIST’. The announcement stated: !Shangri-La strives to illuminate progressive culture with great urgency – in the field and beyond. 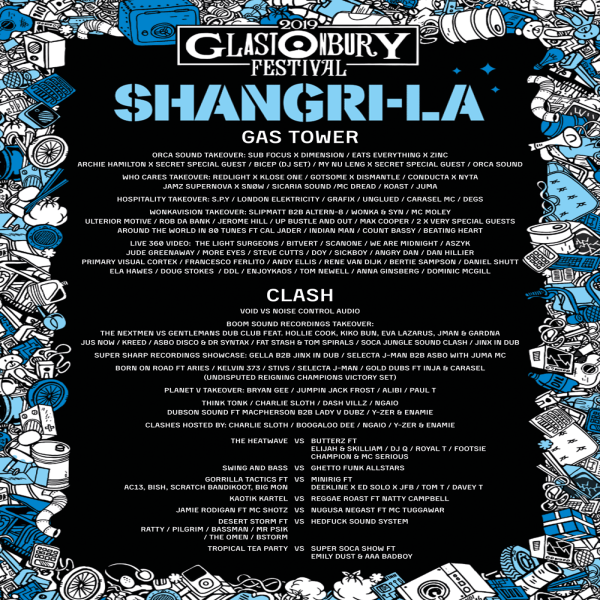 “By holding a mirror up to the masses, creating conversations, encouraging activism and stimulating all of the senses at the same time, we aim to expand minds and open hearts, motivating people in politics and play.” Meanwhile, it goes on to describe the area as “radical” and “an incredible creative playground where this anarchic spirit continues to manifest in original and new ways.” 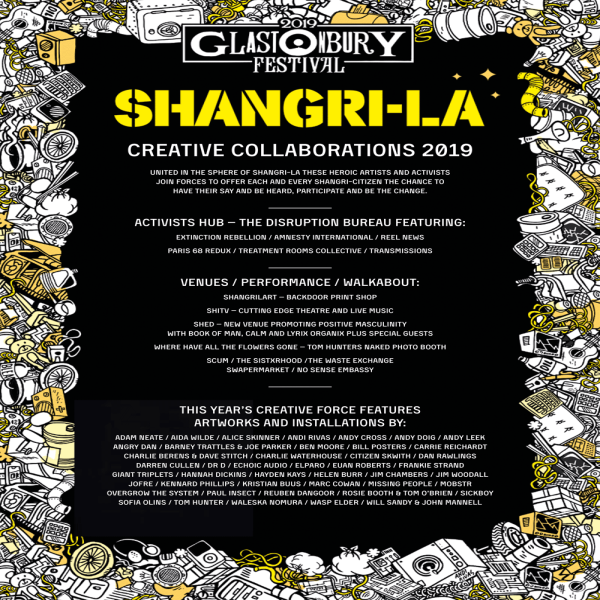