The Smiths frontman has cancelled his entire US tour after catching a respiratory infection from his support act, Kristeen Young. 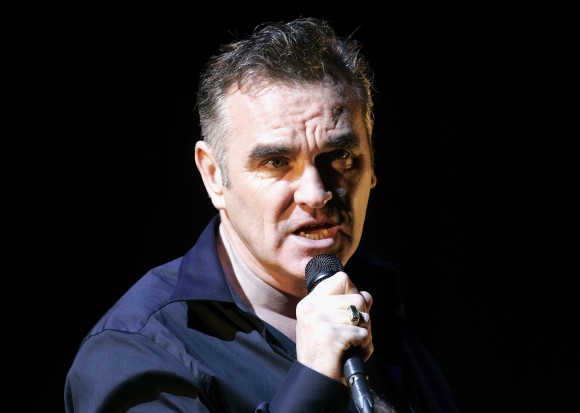 Morrissey, now 55, had collapsed during a show at the Boston Opera House and was rushed to the Massachusetts General Hospital. He is being treated for ‘acute fever’ and blames his support act Kristeen Young who apparently confessed to have a “horrendous cold” before the tour – the symptoms of which were passed on to Morrissey.

Kristeen was then asked to leave the tour “for the good of all”, although Young claims that Morrissey’s allegations are incorrect and that her poor health was not the reason for her leaving the tour, but rather it was a 16 hour asthma attack. “I am very sorry Morrissey is not feeling well”, then went on to say she “will not tolerate stories being propagated about her health.”

Sir Cliff Richard had originally been offered to support Morrissey during his US tour, appearing at the Barclay Centre in Brooklyn, NYC on the 21st of June. Cliff claimed he had very little clue as to who Morrissey was, and also expressed that despite claiming nine top 30 hit singles in the US, he feels he is not as recognised so therefore was looking forward to the event, which has now been cancelled.