UK Tech Fest Announces 2022 Line-Up Including The Ocean Collective, God Is An Astronaut and Hacktivist

UK Tech Fest, a five-day metal-centric music event hosted at Newark Showgrounds in Newark On Trent, Nottinghamshire, has announced its line-up for 2022, also stating that more acts will soon be announced. The festival will run from the 30th of June to the 4th of July, and tickets are priced at £69.99, plus £20 for camping. You can view the full-line up at the bottom of this article, and tickets can be purchased here.

The UK Tech Fest was originally founded in August of 2011. On the festival’s website, they describe their vision as being: “…creating a festival centred around musical innovation, creativity and diversity. The festival focuses on technical, progressive metal music and was created in order to give the best upcoming bands in this sub-genre a platform to play alongside some of the most talented acts from around the rest of the world. UK Tech-Fest is a metal festival where the bands and fans are able to integrate, network and share the passion of music together.”

The festival has garnered a great deal of positive attention over the last decade, featuring well revered acts such as Sikth, Dying Fetus, The Acacia Strain, Monuments and The Black Dahlia Murder. The festival often branches out from metal however, having featured the likes of UK math rock outfit TTNG in 2018, and American math rock project Invalids in 2019, making their UK debut.

After unfortunately having to cancel last year- as was the fate of many festivals for the last two years- UK Tech Fest has triumphantly returned with a fantastic line-up for 2022, with some of the most exciting names in metal from all over the world. 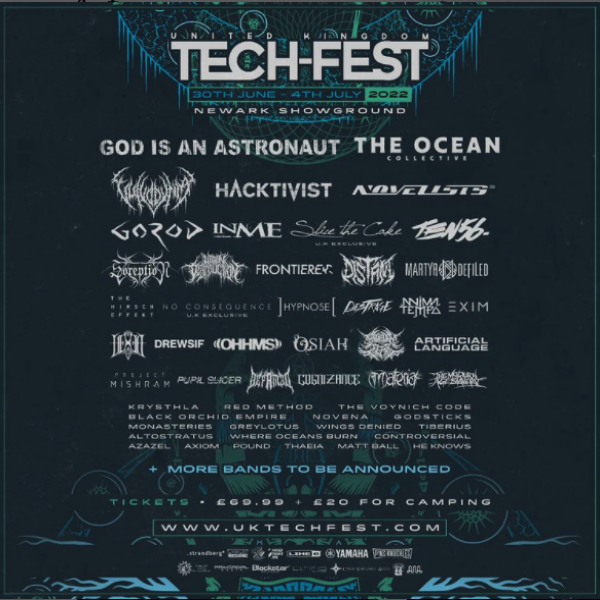 Given the unpredictability of the COVID-19 pandemic, not all of the bands slated to perform in 2021 have made it to the 2022 line-up, such as American metalcore band Upon A Burning Body, who were originally slated to headline on the final day of the festival, and exciting Liverpool band Loathe, who released their fantastic debut full-length album I Let It In And It Took Everything in 2020.