Rock icons The Cure have announced a huge one-off anniversary show for next year, to commemorate their 40th year since their first single. Next year will also mark a decade since the band’s last album, 4:13 Dream. 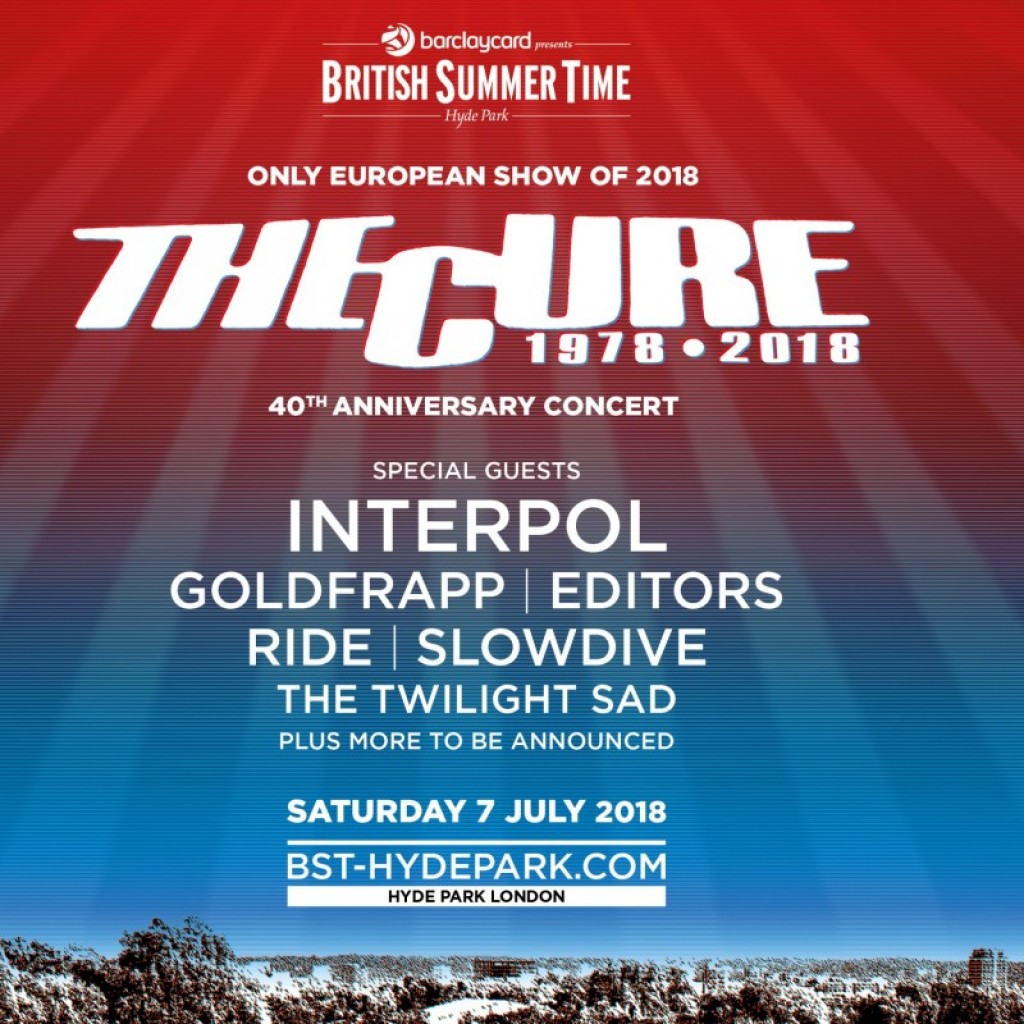 Robert Smith and co. sill be headlining a huge show in London’s famous Hyde Park on July 7, and they won’t be coming alone. Already announced to be supporting them- ahead of one of their own traditionally lengthy 2 hour sets- are Editors, Goldfrapp, Ride, Slowdive, the Twilight Sad, and modern indie rock titans Interpol. Tickets will go on sale here, at 9am, on December 15.

This massive show will also mark The Cure’s first live performance since they took up a residency at Wembley Arena last winter. The Twilight Sad will be supporting the band for a second time, having been hand picked as a support act throughout the entirety of The Cure’s 2016 world tour.

In addition to this personal celebration, it will mark The Cure’s return to the festival circuit, with the gig doubling up as a headlining slot for the British Summertime Festival alongside the likes of Bruno Mars, Michael Buble, Roger Waters, and Eric Clapton.