Slipknot are undoubtedly up there with the metal greats with a long career spanning over two decades, five acclaimed studio albums and a Grammy behind them, well known for their signature thrashing style and somewhat macabre appearance on stage. Vocalist Corey Taylor, also known as the lead singer and founder of rock band Stone Sour, is held in high esteem by fans of both Slipknot and Stone Sour.

After touring the UK with Slipknot in February, Taylor has announced a surprise one-off headline show at London’s KOKO in Camden on 8th May. Quoted by Kerrang, Taylor said of the show:

Everyone’s been asking me when I was going to come back to the UK and do some acoustic stuff – honestly, it’s not because I didn’t want to! So since I’m going to be there doing some stuff in May, I decided we’d make one happen! And I cannot wait! 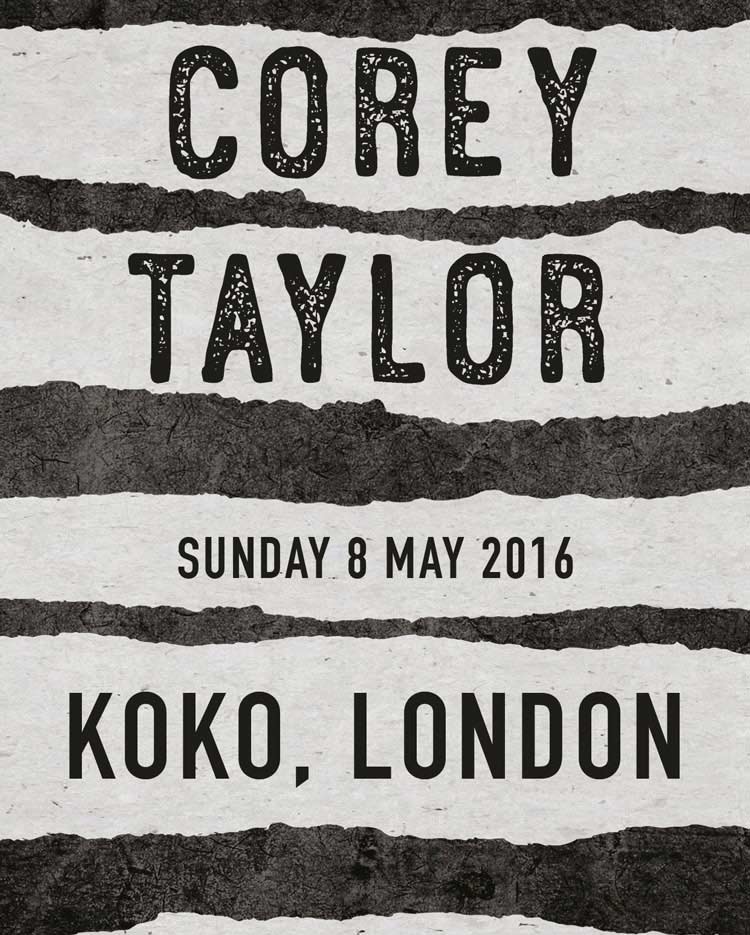 This will be a rare opportunity to see the iconic vocalist stripped bare, performing acoustically and free of any of the masks he has become acquainted with. Concerns grew amongst fans when Taylor admitted several months ago that he was thinking of taking a step back from Slipknot, however rumours that he planned to leave the band were swiftly quelled by Taylor himself, and firmly laid to rest upon the announcement that Slipknot will be embarking on a joint US tour with Marilyn Manson later this summer.

Tickets for Taylor’s intimate solo gig are sure to sell out fast, so make sure you act fast when they’re released this Friday (April 22nd) – tickets and more information can be found via Livenation or Ticketmaster.