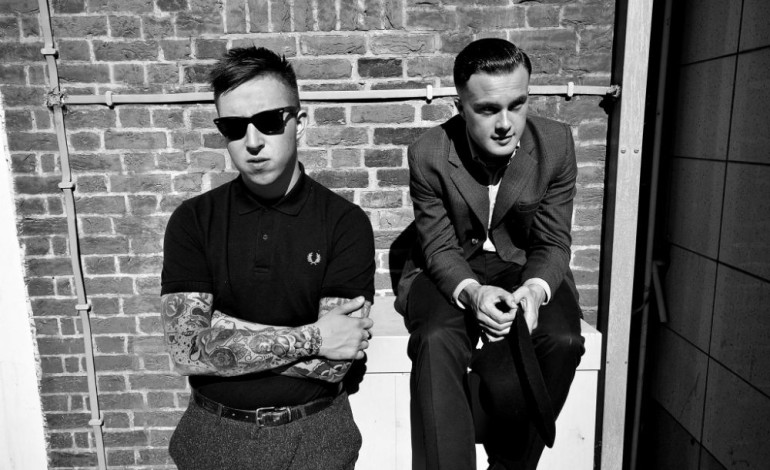 Punk rock duo Slaves today announced a new UK and Ireland tour in support of their upcoming third album, Acts of Fear and Love. Tickets will go on sale this Friday at 9 AM, but pre-ordering the album here will give fans access to pre-sale tickets from this Wednesday at 9 AM.

Check out the itinerary of their tour below:

On the tour, Slaves will backed by the upcoming rapper Slowthai in London, the Australian punk rockers Amyl And The Sniffers (currently on tour with fellow Aussies King Gizzard in Europe) and Kentucky garage band The Ladybirds.

First announced early last month, the forthcoming Acts of Fear and Love album will be released on August 17th via Virgin/EMI records. The LP’s esoteric title comes from drummer Isaac Holman’s old college teacher, who once told him: “There’s no such thing as hate – just acts of fear and love.” In support of the LP, the duo released the lead single, ‘Cut and Run‘ in June, followed by ‘Chokehold‘ just last week.

The two-piece gave a preview to the new album last month at the Madcool festival in Madrid, where they played two unreleased tracks from the LP, ‘Photo Opportunity’ and ‘The Lives They Wish They Had’. The latter also featured at their London Stadium gig in June.

The two-piece first took the music world by storm in 2015, with their debut album Are You Satisfied?. Powered by retro-fuzz punk riffing and cockney vocals, the release broke the top 10 and was even nominated for the Mercury Prize. 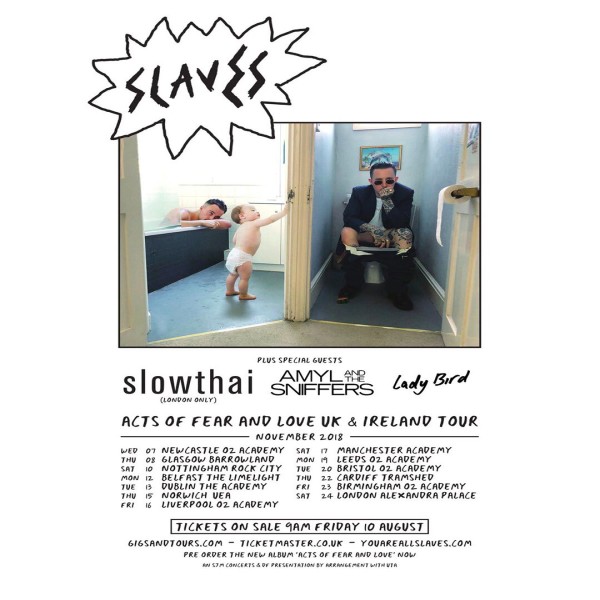