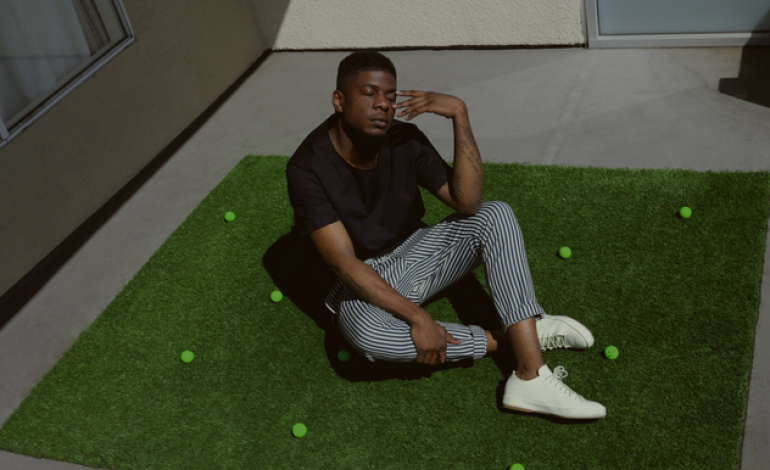 Chicago-based rapper Mick Jenkins has confirmed plans to release a new album, titled Pieces Of A Man, in the autumn. Speaking to Zane Lowe on his Beats 1 show yesterday, Jenkins put an end to the rumours and tentatively suggested a release as early as October.

Going into more detail about the album, Jenkins said that it contains heavy collaboration. “I’ve got big collaborators on production and big names on the feature side”, he said. One of the features is the British R&B singer Corinne Bailey-Rae, who Jenkins said “has been inspiring [him] for a long time”.

Having made “six or seven records” together, two had to be withdrawn from proceedings for the forthcoming album “because they didn’t fit the vibe”, but he promised that they would all be released later. Jenkins also expressed an interest in possible future live performances with Bailey-Rae.

See an excerpt from the interview below:

In support of the upcoming album, Jenkins yesterday shared ‘Bruce Banner’. In the new track, he is certainly not pulling any punches. Over a repeating marimba melody and crunchy, attacking drums, he lets loose on his doubters.

“I’m not a rapper, I’m a writer”, he claims. “It’s a couple chefs in this game, and a whole lotta’ biters.” In a headline-grabbing boast, Jenkins even goes after rap royalty. “Honestly can’t nobody come for me ‘cept Kendrick”, he says. “And I hope you offended, like it’s untrue”. See the track below:

Speaking to Zane Lowe, Jenkins said that the new track came after a period of extended self-reflection. “I’ve assessed my career, I’ve assessed my business, I’ve assessed my mind, and I took a lot of 2017 to 2018 to get everything… together”. Explaining the comic-book title, he said he is no longer Bruce Banner “the mathematician” – “there is an actual hulk in there, and he’s ready to come out.”

The new single is Mick’s first release since his the frustration EP, which came out back in February. Coming after first part the anxious, the EP was the second and final part of his …or more series, which will form the basis for the forthcoming album.