Alternative rock group Radiohead has announced a special triple album reissue titled KID A MNESIA, to mark the 21st anniversary of Kid A and Amnesiac. The two albums were originally released in October 2000 and May 2001 respectively, they had also been teased in a video that was shared by the band yesterday on September 7.

The clip included Amnesiac’s opening track “Packt Like Sardines In a Crushd Tin Box” and showed a pair of hands trying to tape together CD copies of Kid A and Amnesiac, which the hands eventually somewhat succeed at.

KID A MNESIA will be released via XL Recordings on November 5. The record will feature both aforementioned albums alongside a newly compiled third disc titled Kid Amnesiae, which will be full of unearthed material taken from the Kid A and Amnesiac sessions. These new materials will include the previously unreleased studio recording of “Follow Me Around” as well as the never-before-heard “If You Say The Word” which you can listen to below.

The new track has a lush and elegant quality with delicate finger-picking and a foreboding groove using eerie chiming percussion, it is superficially pretty yet not cheerful and could be described by some as a lost classic.

Along with this release two art books by frontman Thom Yorke and Stanley Donwood an artist who has created all the artwork for the band since 1994 where he catalogues the visual works created during the Kid A / Amnesiac era which will be published on November 4.

You can see the album artwork and tracklisting below as well as find out more and pre-order Radiohead’s ‘KID A MNESIA’ here. 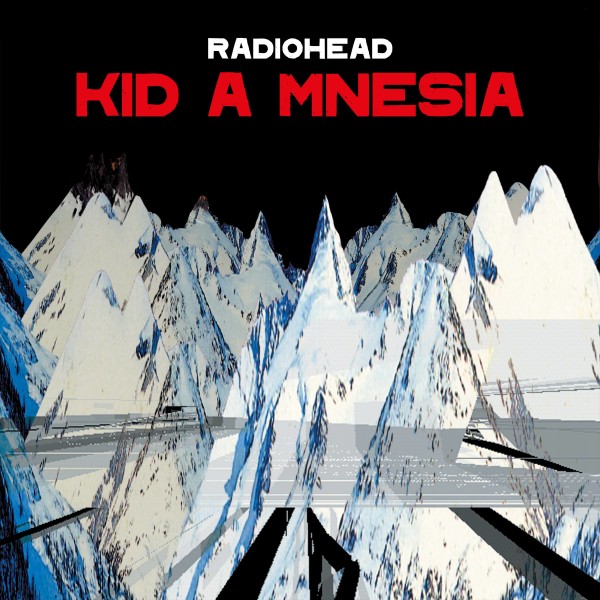 1. Everything In Its Right Place
2. Kid A
3. The National Anthem
4. How To Disappear Completely
5. Treefingers

1. Packt Like Sardines in a Crushd Tin Box
2. Pyramid Song
3. Pulk/Pull Revolving Doors
4. You And Whose Army?
5. I Might Be Wrong

1. Knives Out
2. Morning Bell/Amnesiac
3. Dollars and Cents
4. Hunting Bears
5. Like Spinning Plates
6. Life In A Glasshouse