Nick Mason’s Saucerful Of Secrets yesterday announced a run of new UK dates for next year. Best known for his drumming work with Pink Floyd, the seminal British progressive band, Mason kicked off his new touring project with some low-scale intimate gigs in London earlier this year before launching a full European tour. 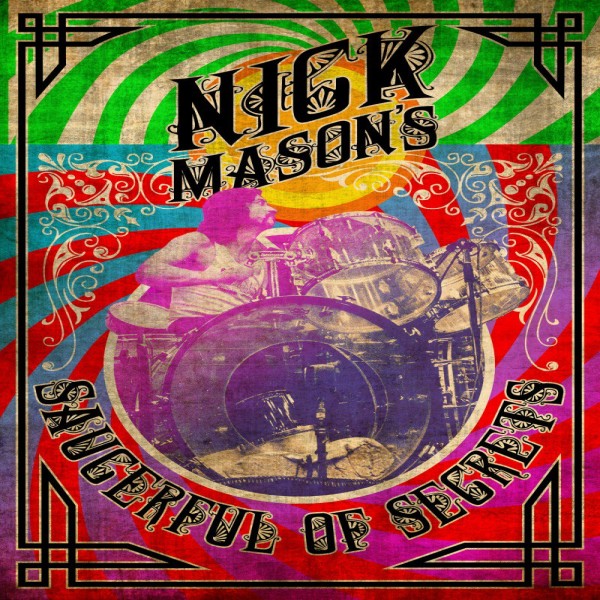 Taking its name from the Floyd’s 1968 second album, the supergroup features Spandau Ballet’s Gary Kemp on guitar and lead vocals, ex-Floyd touring member Guy Pratt on bass and and producer-songwriter Dom Beken on keys. See the itinerary below and purchase tickets here from 10am this Friday.

Unlike most Floyd tribute bands (and, indeed, the performances of his ex-colleagues David Gilmour and Roger Waters), Mason’s group focusses on Pink Floyd’s more neglected early career, including songs from albums like The Piper At The Gates Of Dawn, Saucerful Of Secrets, More and Obscured By Clouds.

Speaking to Billboard earlier this year, Mason described the unexpected difficulties of re-learning their early material. “Being an eternal optimist, I thought it would just come straight back to me. Sadly, I was wrong. Once you start examining Syd’s [Syd Barrett, Pink Floyd’s first frontman] work carefully it’s quite often more complex than you expect”, he said.

Before achieiving their commerical breakthrough with 1973’s The Dark Side Of The Moon, Pink Floyd’s music was more rooted in psychedelic rock – especially under their erstwhile leader, Syd Barrett, who wrote every song bar one on their debut album.

By the start of the Summer of Love, though, Barrett began to distintegrate. Reportedly dosed daily with LSD, his behaviour became too bizarre – and occasionally violent – for his bandmates to handle. Following the release of their second album in 1968, Barrett was forced to leave the group. In an interesting turn, Nick Mason and co will appear at the Cambridge Corn Exchange, where Barrett gave his last ever public performance in 1972.

“[Syd’s work] is not necessarily written like so many pop songs with an eight-bar section and the middle eights and whateverIt’s quite often a completely different set of bar counts to what you’re expecting. And that in a way was fun and challenging to get at the feel of the song, but not necessarily feel that we had to sound exactly like Syd or like David or whatever.”

Absent of the stadium polish of his contemporaries, Mason’s group embraces the loose, improvisatory feel of the Floyd’s ’60s outings. “I think we found a niche for ourselves, which is to do something that is not being done by everyone else, by the tribute bands or by Roger or David. It’s a real return to some of the improvised sections and the atmosphere of the songs. The tendency in this day and age is to try and recreate things perfectly. We bring imperfection.”