It is confirmed that Pearl Jam will appear in the line-up of Hyde Park’s British Summer Time Festival next summer. Tickets for the festival will be available for purchase from December 7 via the festival’s official site.

The legendary Pearl Jam has recently been added into the line-up of Hyde Park’s British Summer Time Festival 2020. The rock band will perform on July 10, with Pixies and White Reaper as supporting acts as well as other unannounced artists which will be revealed soon.

Previously announced as one of the headlining acts at BST Hyde Park was the pop sensation Little Mix. The girl group will also be joined the appearance of Rita Ora and Kesha, who will release her fourth studio album High Road this January.

Pearl Jam last released their album Lightning Bolt back in October 2013, and they are in the process of making a new record. Pearl Jam’s bassist Jeff Ament shared that the new album has been influenced by the tragedy of Chris Cornell:

“It’d be fun to record or even just to write a song together,” he said. “I think when Chris passed – that’s really been a tough one to wrap our heads around – and then there’s just life stuff,” said Ament. 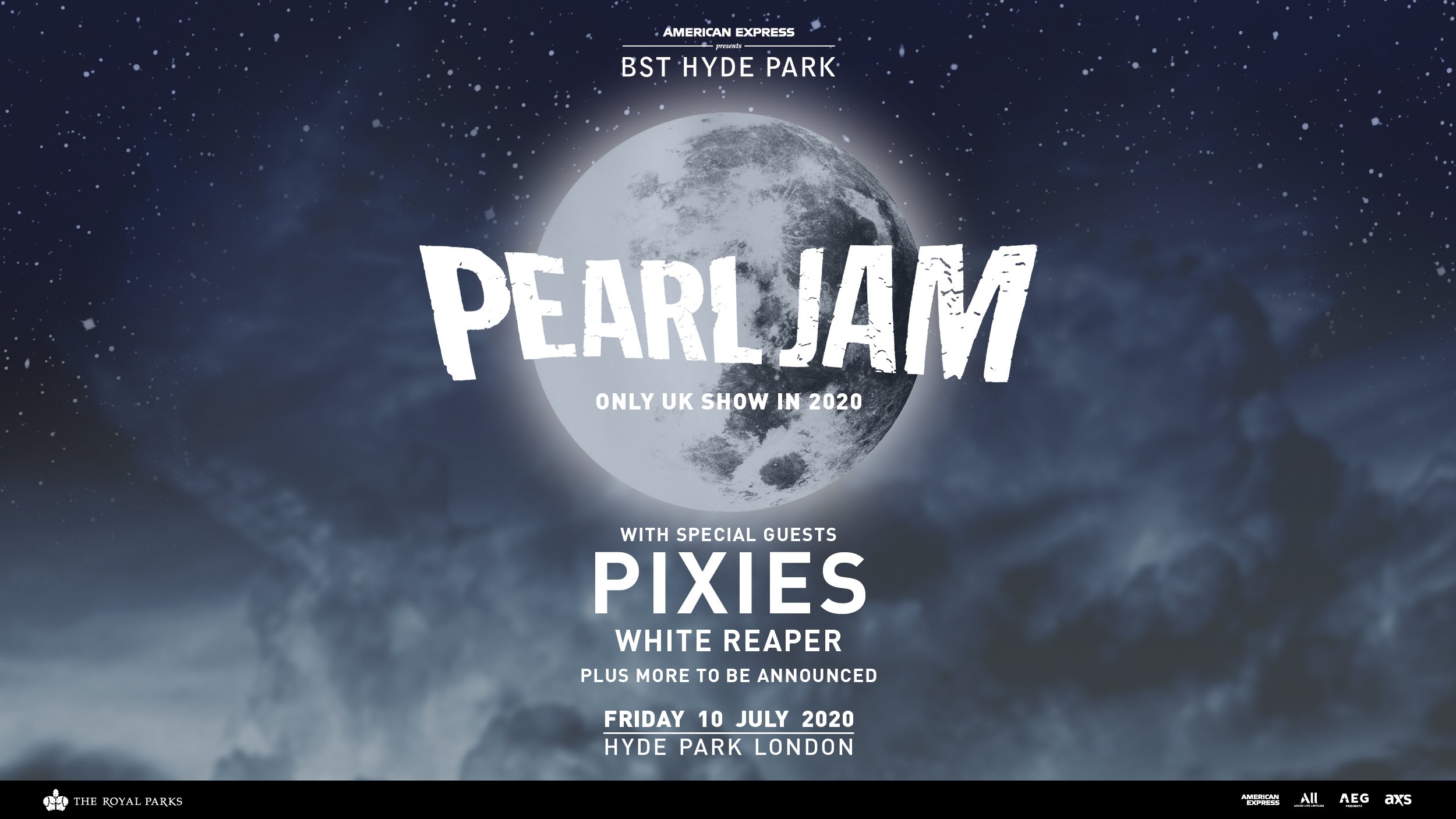 Get a ticket to see Pearl Jam at Hyde Park’s British Summer Time here this Saturday. The pre-sale is also open to sign up.