Beatles legend Paul McCartney yesterday released a new single, ‘Fuh You’, from his upcoming LP Egypt Station, which is due for release on September 7th via Capitol Records. You can stream the new single here and pre-order the album here. 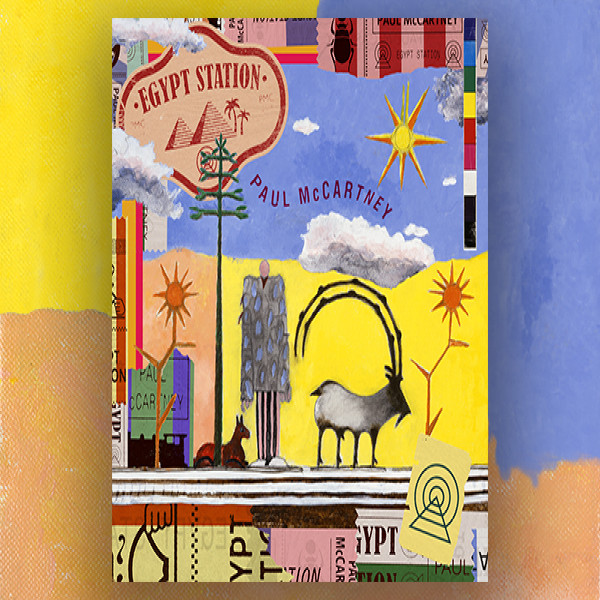 In a press statement, Paul recalled the making of the new track. “With this one I was in the studio with Ryan Tedder whereas the rest of the album [was] made with Greg Kurstin”, the producer, songwriter and instrumentalist best known for his work with Adele, Beck and The Foo Fighters. “We were just thinking of ideas and little pieces of melody and chords and the song just came together bit by bit. And then I would try and make some kind of sense of the story.”

“[A] sort of a love song, but a raunchy love song”, in ‘Fuh You’ Paul adds a more explicit edge to his classic repertoire of romantic ballads. “It was like ‘Come on baby now. Talk about yourself. Tell the truth, let me get to know you’ and basically I wanna know how you feel, you make me wanna go out and steal. I just want it for you. So that was the basic idea and it developed from there… There you go – fuh you.”

The new single sees Paul continuing his shift towards the modern mainstream. Against an upbeat, jaunty backing of fingersnaps, harpsichord and organ, he makes his way through the song’s easy, pop-inflected lyricism, before a chorus that wouldn’t feel out of place on a song by The 1975 or The Vamps. See the track below:

The third track released from the upcoming Egypt Station album, ‘Fuh You’ follows on from the lead single ‘I Don’t Know‘/’Come On To Me‘, which hit streaming platforms in late June. Speaking about the LP, Paul said, “I liked the words ‘Egypt Station.’ It reminded me of the ‘album’ albums we used to make… ‘Egypt Station’ starts off at the station on the first song and then each song is like a different station. So it gave us some idea to base all the songs around that. I think of it as a dream location that the music emanates from.”

Earlier this week, McCartney also revealed the complete tracklisting for the album, which you can see below.