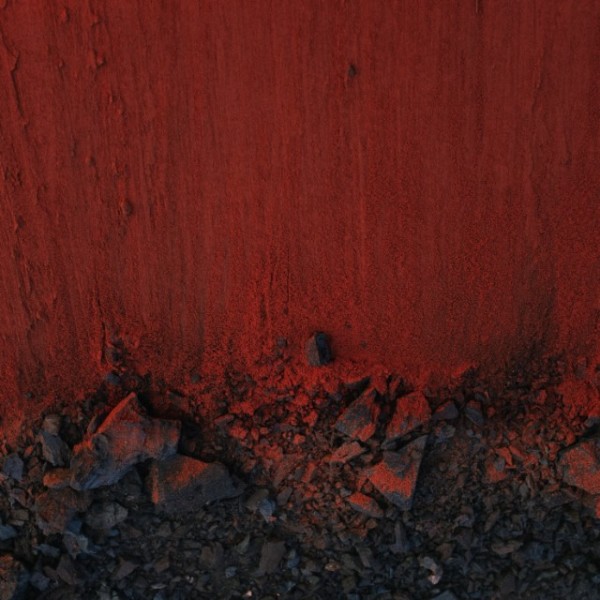 Taking its name from a 1957 Mark Rothko painting, the EP was inspired by Sumney’s brief foray into political protest. “Black in Deep Red, 2014 was ignited by the first and last time I attended a protest”, he said. “It was in the fall of 2014, after a grand jury decided not to charge the offending officer in the Mike Brown murder, delivering the verdict just in time for them to get home for Thanksgiving.”

Sumney took an academic, impersonal approach to the protest, absorbing his surroundings “like a camouflaged outsider… and an anthropologist performing a study amongst his own kind. I took to the mountains soon after that and wrote these songs, wondering if power was a transferable device that could change hands through the vocalizing of unrest”, he explained.

With all three tracks accompanied by red-lighted, minimalist music videos of toy soldiers, the political influence on the new EP certainly shows. One of Sumney’s most interesting experiments yet, ‘Power?’ may be short on time (it runs under two minutes), but it’s definitely not short on substance.  Backed by a combination of crowd-chanting and handclaps, Sumney leads the march with a voice distorted like a robot’s – ‘The people have power’, he sings. ‘Do the people have power?’

‘Call-to-Arms’ is a wordless showcase for Sumney’s huge vocal talent.  In soothing and playful melodies, he sings over a delicious backing track of picked guitar, drum loops and choral backing voices, before a rapid-fire saxophone-driven ending that borders on free-jazz.

‘Rank & File’, the third and final track on the release, is like a soul-meets-Radiohead marching tune. Driven by percussive fingersnaps and bassy keyboards, Sumney gives an acerbic, octave-leaping commentary on police militarisation and the suppression of protest – ‘They in soldier mode, they in toy soldier mode right now/They can’t move they hands off they sticks/Cuz they a buncha cowards’, he sings.

Black In Deep Red, 2014 is Sumney’s first release since last year’s breakout Aromanticism LP, which garnered universal acclaim from critics. Next month, Sumney heads to the UK on his European tour, with appearances in Manchester, Leeds and London. You can get tickets here.