This week, Mitski dropped a highly anticipated single, titled “Love Me More”, accompanied by its own surrreal music video. This marks the fourth single to come from her upcoming Laurel Hell album, set for a February 4th release date via the Dead Oceans label. Akin to the previous singles from the upcoming album – “Working for the Knife,” “The Only Heartbreaker,” and “Heat Lightning” – the new track follows in the same disco-y footsteps as the previous, setting the tone for Laurel Hell as a relatively upbeat record. Watch the video for “Love Me More” below:

It is difficult to describe the level of anticipation for this release; Mitski had been on hiatus from 2018 to 2021, after a period of immense popularity following the release of the highly acclaimed Puberty 2. The aforementioned “Working for the Knife” single was her first in over a quarter of a decade, taken from the soon-to-be-released Laurel Hell, her first full-length album since 2018s Be the Cowboy. These four years must have felt especially long for fans of the Japanese-American artist, especially as half of them have been spent in the era of Covid.

Speaking of the lyrics from the new track, Mitski mentions that while some of “Love Me More”‘s lyrics were written pre-Covid, their meaning has taken a new form since the pandemic: “As ‘Love Me More’ was written pre-pandemic, lyrics like ‘If I keep myself at home’ had different meanings than what they would now, but I kept them on the album because I found that some of the sentiments not only remained the same, but were accentuated by the lockdown.”

The new video for “Love Me More” is, frankly, a strange yet beautiful one. The attention to set design is impeccable, the symbolism from her imagery is maniacally wonderful, and the 80s pulse drives the video with an urgent energy. The vibe is contagious, thus a perfect teaser for the new album.

Laurel Hell is served alongside a gargantuan North America and Europe tour, hitting a massive 55 dates with all but 3 sold out. See the tour dates below:

See the artwork for Laurel Hell below: 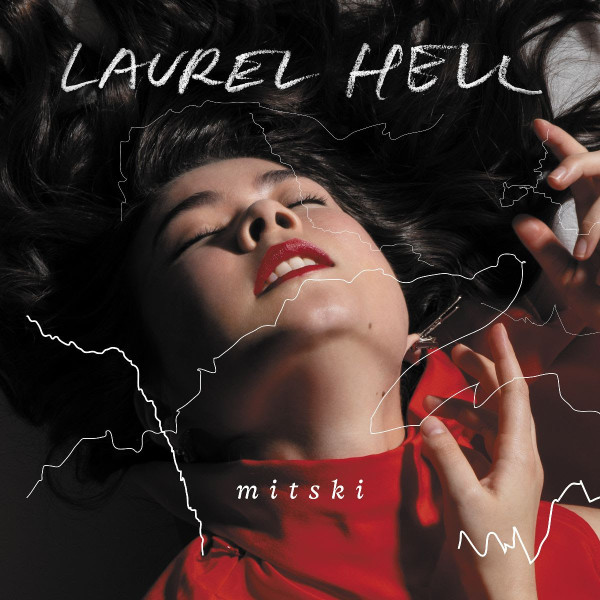