2017 breakthrough star Loyle Carner has announced that he will be hitting the road in Spring 2019, for a seven date stint across the UK and Ireland. You can see the full list of dates below, and tickets are available here from 9am on Friday October 19. You can also get early access by signing up to Loyle’s mailing list here. 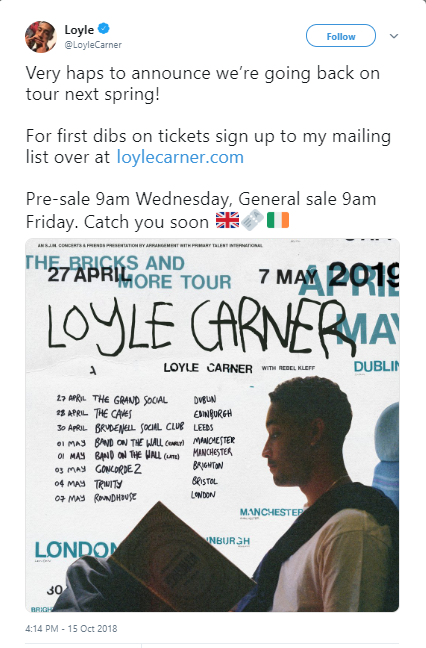 After gaining much acclaim, and a Mercury Prize nomination for his last album Yesterday’s Gone, Carner released a new video last week, for the track ‘Ottolenghi’, which features Jordan Rakei. It’s the first new single since Yesterday’s Gone, and the tour is expected to be in support of Carner’s hotly anticipated second album, though no concrete details of the project have been announced as of yet.