Indie singer-songwriter Kurt Vile yesterday announced the forthcoming release of his new studio album, Bottle It In. Set for release on October 12th via Matador Records, you can pre-order the new album for CD, pink and black vinyl on the official site, and digitally via iTunes and Google Play Music. 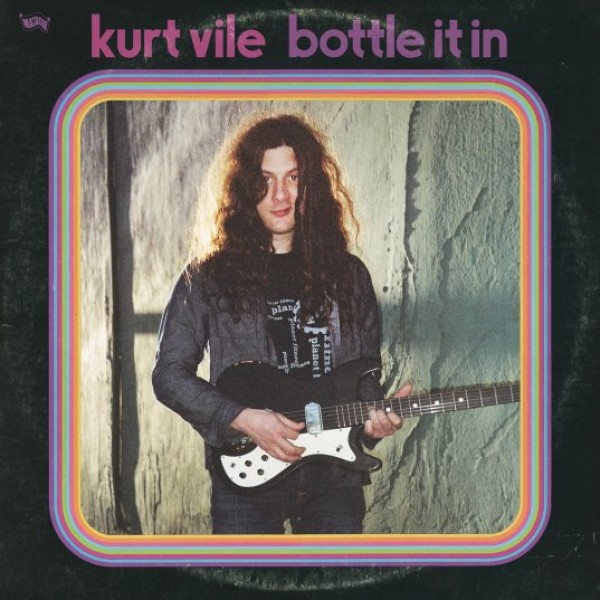 Bottle It In – out October 12th via Matador Records

Bottle It In will be Vile’s first solo outing since 2015’s b’lieve i’m goin down…, which garnered critical acclaim for its delicate, Neil Young-style country approach. Most of the album was made at Connecticut’s Tarquin Studios with producer Peter Katis, but some tracks were cut with Shawn Everett (who also worked with Vile’s ex-band The War On Drugs) at LA’s The Beer Hole.

In a statement, Vile explained that much of the writing was done amidst the stresses and tedium of travel. “For a while I was terrified of flying, so I would be listening to whatever country songs I was obsessed with. I’d have George Jones blasting in my ears. Or, I would be reading something about country music. Or, I would start writing songs in that flash of being afraid, being swallowed by life”, he said.

“I’m up there on a plane drinking wine because like everybody else I’m afraid to die. And I wrote ‘Hysteria’ up there. It’s like that moment on the airplane,” Vile said. “When you’re on your way somewhere and you have that burst of panic. When you’re terrified of dying, that’s when you want people to know you love them.”

Ahead of the album’s release, Vile released the fourth track, ‘Bassackwards’, as a lead single. Built on a semi-psychedelic backing of humming backwards guitar, steady drums and treble-heavy bass, Vile sings a country-tinged acoustic number filled with West Coast imagery of sun, beaches and the bay. See the track below: