In a welcome surprise to fans, Kanye West has dropped a new song ‘XTCY’, produced by ‘God’s favourite DJ’ Clark Kent. Late on Friday night, Kent spontaneously shared the new track on his Twitter page and it can be downloaded on WeTransfer and streamed on Audiomack.

Sitting in the studio with my man @kanyewest and he said.. “Clark, let that new “XTCY”joint go!!! So.. ENJOY: NEW KANYE WEST.. https://t.co/n2LfhUvMxR

Over a strange backing of delayed acoustic guitar, echoed chants of ‘Ecstasy!’ and suggestive noises, Kanye gives a headline-grabbing rap about his private fantasies about the Kardashian-Jenners.

You got sick thoughts? I got more of ‘em
You got a sister-in-law you would smash? I got four of them
Damn, those is your sisters?
You did somethin’ unholy to them pictures
Damn, you need to be locked up
Nah, we need a bigger hot tub 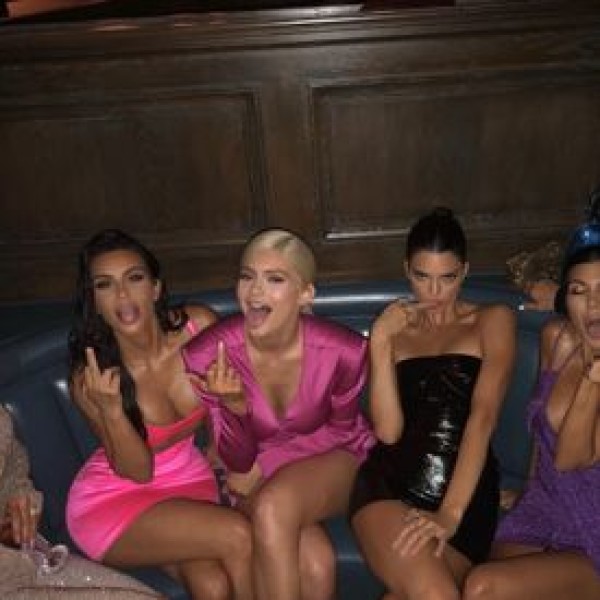 The new track is Kanye’s first release since his solo album ye, which came out in June this year to mixed reviews. The album emerged from a period of full-on recording at his ranch studio in Wyoming, during which Kanye also supervised, produced and featured in four other albums: Pusha T’s Daytona, Kid Cudi’s Kids See Ghosts, Nas’ Nasir and Teyana Taylor’s K.T.S.E.

On top of ‘XTCY’, Kanye attracted huge press attention this weekend for his appearance on Jimmy Kimmel Live! on Thursday night. Questioned by Kimmel over his support for Donald Trump, Kanye appeared ‘stumped’ and gave no answer before the show hit a commercial break. West yesterday responded to the incident in a series of posts on Twitter.

On Jimmy Kimmel we had a great time having a dialogue. I’m reading that I was stumped by a question. Let me clarify the click bait. I wasn’t stumped. I wasn’t given a chance to answer the question.

The question was so important I took time to think. And then I was hit with the let’s go to commercial break. That interview showed strong personalities with different opinions having a civil conversation.

I was so happy when I saw Jimmy walk out in the Yeezys. That was an olive branch. He lead with love. I appreciate Jimmy and his team. You guys are Jedi’s. much love.