British alternative legends Kaiser Chiefs today confirmed that a new studio album is in the works. Due for release in Summer 2019 via Polydor Records, fans can pre-order a signed limited-edition copy of the album here before 3pm tomorrow in exchange for early access to tour tickets.

Speaking to NME in February, frontman Ricky Wilson said that the band are taking a more open-ended approach to recording after the “pop-friendly” stylings of their last release, Stay Together. “The cards are looking up. We’re writing, we’re always writing. We’re touring, we’re always touring. We’re signing a new deal. We’re making another record. When it comes out, we’ll do the rounds saying that it’s the best one ever – like we always do.”

“We’ll see where the writing goes,” he added. “We don’t go in with an agenda, we don’t come out with one. They just keep letting us do it, so we do it.” Their sixth full-length release, Stay Together saw the Leeds quintet swapping the overdriven guitars for soothing synths and pop crooning to warm reviews from critics.

In support of the new release, the Chiefs have also announced a big run of UK dates. Starting in January of next year, they’ll be making their way through some of the country’s biggest venues. See their itinerary below and pre-order tickets here: 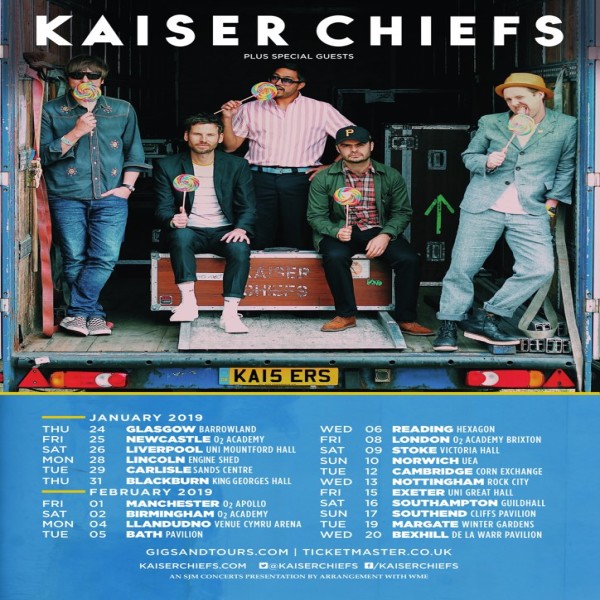