Former White Stripes frontman Jack White yesterday announced the upcoming release of a new concert documentary and six-track live EP, Kneeling At The Anthem D.C. From September 21st, the film will be released exclusively to Amazon Prime users. The EP can be pre-ordered here via Third Man Records and Amazon Music.

See the trailer below:

Directed by Emmett Malloy, who also made The White Stripes’ Under Great White Northern Lights documentary, the film ‘will give fans a front row seat to [White’s] career-spanning set’ at Washington D.C.’s Anthem venue back in May during his 2018 North American tour. With added fly-on-the-wall footage of White exploring the city, it will also include Jack’s ‘surprise performance for students at Woodrow Wilson High School’.

On the accompanying live EP, Jack’s band makes its way through songs from Boarding House Reach, his latest studio album. His first solo outing in more than four years, the album saw White continuing his reach into blues rock and electronica to some rave reviews. The final track, ‘Icky Thump’, is the title track off The White Stripes’ final album, released in 2007. See the EP’s tracklist below: 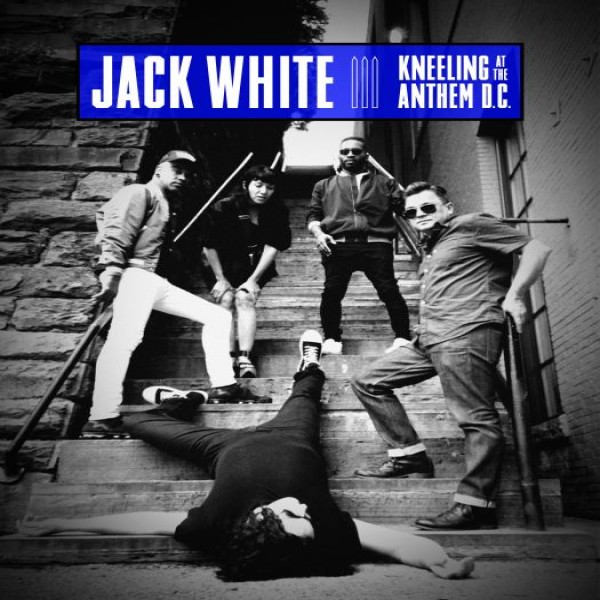 Kneeling At The Anthem D.C. – out September 21st

White also released the fifth track, ‘Connected By Love’, as a teasing single for the new release. Amazon Music subscribers can stream the song for free, whilst non-members can purchase the song for download here.