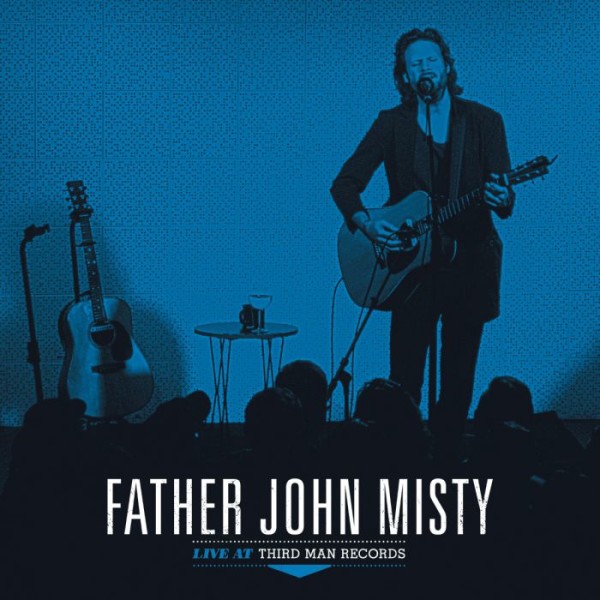 The album was recorded in September last year at Third Man Records’ Nashville HQ. ‘On an otherwise ordinary Tuesday afternoon’, Tillman/Misty swung by and ‘surprised [them] all with a lunchtime solo acoustic set before his sold-out Ryman Auditorium performance.’

As is typical of White’s love of vintage tech, the album was recorded direct-to-acetate (acetate being a type of record mainly used from the 1930s to the ’50s) with a ‘1955 Scully Lathe, warmed at the ready to capture the occasion’. Misty began his set with the ‘debut performance of his newly penned “Mr. Tillman”’, with Third Man’s engineers using ‘the second song as an opportunity to carve a 12” on-the-spot single of “Now I’m Learning to Love the War”’ – ‘which was promptly handed it to a lucky attendee for safe keeping.’

‘If you want to know more about that, you’ll have to scour the depths of FJM’s fan net.’ See the tracklist below:

A1. I Love You, Honeybear
A2. I’m Writing a Novel
A3. Hollywood Forever Cemetery Sings
A4. Chateau Lobby #4 (in C for Two
Virgins)
B1. So I’m Growing Old on Magic Mountain
B2. Holy Shit
B3. Everyman Needs a Companion
Ahead of the release later this month, Tillman shared the final track on the A-side, ‘Chateau Lobby #4 (in C for Two Virgins)’, a cut from 2015’s I Love You, Honeybear.

Tillman also has three UK dates coming up next month. Purchase tickets here and see the itinerary below: