His longest yet, the new album features his 3 singles from this year – ‘I’m Upset’, ‘Nice For What’ and the number 1 hit ‘God’s Plan’, whose music video (which he called “the most important thing [he has] ever done in his career”) had a budget of nearly $1 million.

Scorpion still has significant collaboration, though, with Drake appearing alongside the likes of Jay Z, Static Major and TY Dollah $ign. Most notably, ‘Don’t Matter To Me’ features vocals from a previously-unreleased Michael Jackson song, with the Thriller singer’s reverb-washed vocals set over a steady RnB beat. What’s more, ‘That’s How You Feel’ samples Nicki Minaj’s ‘Boss Ass Bitch’ and rapper Future guests on ‘Blue Tint’.

The new album deals with some big themes. Significant press attention has been given to the final track, ‘March 14′, in which Drake directly addresses (and seems to confirm) Pusha T’s allegations that he fathered an illegitimate child, with lines like ‘That shit is in stone, sealed and signed/ She not my lover like Billie Jean, but the kid is mine‘ leaving little to the imagination. On ‘Talk Up’, collaborator Jay Z addresses the recent murder of controversial 20-year-old artist XXX Tentacion, who was gunned down in Florida earlier this month. Perhaps most worryingly to fans, on the final track of the A-side, ‘Is There More’, Drake even writes ‘Soon as the album drops/I’m outta the deal’.

In a new and perhaps related move, Drake addresses his critics head-on in the accompanying ‘Editors’ Notes’ on Apple Music.

Drake first confirmed the new release 2 weeks ago on his Instagram, with a post of the upcoming album cover. In the run-up to the release, Drake centred his marketing campaign around special scorpion-themed bomber jackets, first donned on an Instagram post back in April and then by famous faces like DJ Khaled and even young actress Millie Bobby-Brown (‘Eleven’ from Stranger Things). To further bolster publicity for the new album, Drake even had a gold, diamond-encrusted scorpion necklace made. Billboards popped up across Toronto last week, with posters of ‘A SIDE B SIDE’ giving the first hints of a double-album release.

Drake shared the track-listing on his Instagram page earlier today, and in another post he gives an inside-look to the track-sequencing process.

The album can be heard now on streaming with Spotify, Apple Music and Tidal and downloaded on iTunes and Google Play Music. 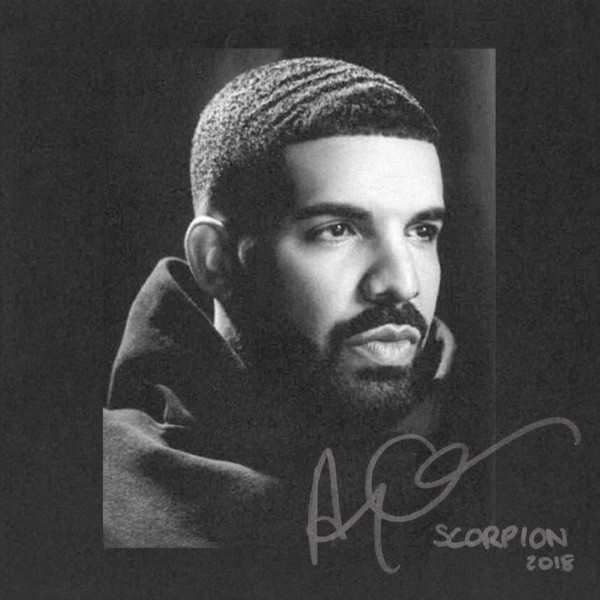