English DJ brothers, Guy and Howard Lawrence, known as Disclosure have today announced their North American tour. Disclosure have enjoyed massive success throughout the UK and some of Europe, this move towards the US will no doubt be part of a bigger plan to break into the American music scene on a larger level. 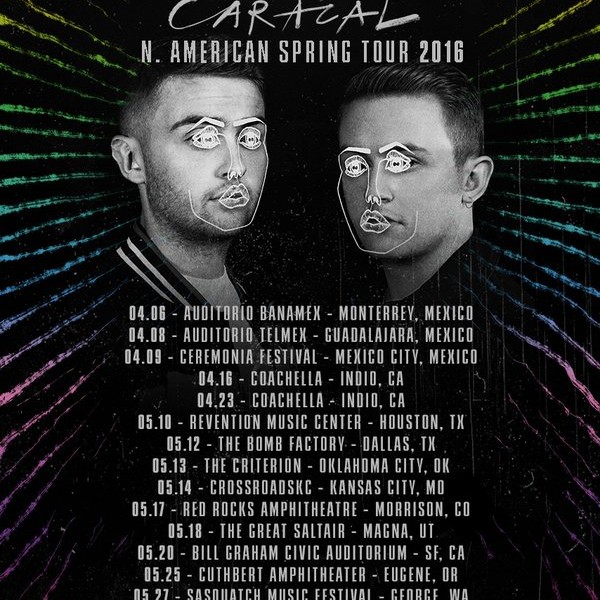 Full list of tour dates can be found below:

As previously mentioned, Disclosure are enjoying a great deal of success, this has been helped by their most recent album ‘Caracal’ which was released in September of 2015.

For details on tickets for their North American tour see their site here. Tickets are no doubt going to sell out quickly, as it’s the first time in a while the Lawrence brothers have gone out west. However be aware that a few of the tour dates are in fact festival appearances, so tickets won’t be readily available for just Disclosure but rather day passes and the likes.