Alternative rockers Death Cab For Cutie today issued a limited release of their new album, Thank You For Today. The album is officially due for release this Friday, but the group today gave their fans full stream access on NPR here. You can pre-order the album on vinyl and cassette here. 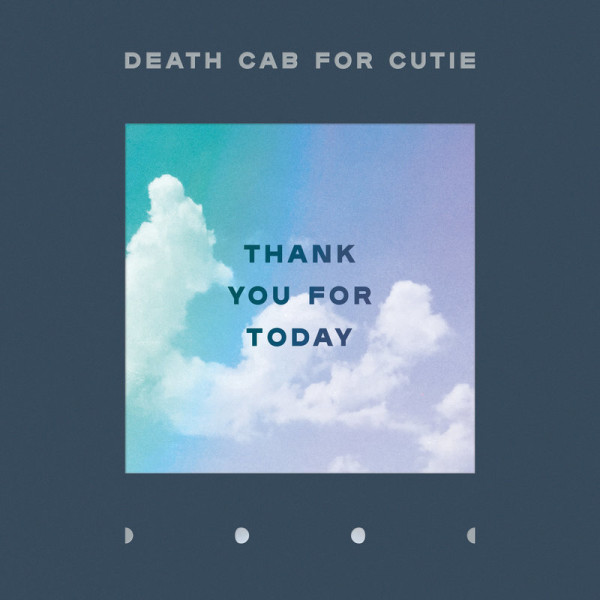 Thank You For Today – out officially this Friday

Their ninth studio album, Thank You For Today is the group’s first full-length release since 2015’s Kintsugi, whose electronic-experimental outings received a mixed response from critics. Following the departure of their lead guitarist and founder Chris Walla, the new album will be the first to feature its two new members: Dave Depper (formerly of Menomena and Ray Lamontagne) and Zac Rae (previously in My Brightest Diamond and Fiona Apple), both of whom have toured with the band since 2015.

Speaking to DIY magazine about the record, frontman Ben Gibbard described it as a “real pivotal album… [and] in some ways, it’s really determining the future of the band.” The new album is also set to be a return to reform for Death Cab’s committed fanbase. “I’m really happy with how this album’s turned out and I’m feeling fairly confident that there are a number of songs on this record which will remind people why they liked or loved the band in the first place. I feel like this record is more in tune with the spirit of the first four albums than the last two, or even three.”

Ahead of the release, the group released two singles from the LP. An upbeat commentary on the social ills of gentrification, ‘Gold Rush’ is the band at its most relaxed and accessible. The follow-up, opening track ‘I Dreamt We Spoke Again’, is a spare yet lush production packed with Rhodes-like piano tones and fast-paced drumming, and a suitably jubilant pop chorus. See the tracks below: