A new music festival, The Ends, will be electrifying Croydon, this year. The brand new festival, The Ends, have revealed their debut line-up, and features a host of today’s hottest names including Nas, Ghetts, and Wizkid. The three-day festival will make its debut, in Lloyd Park, in Corydon, London, between the 31st of May and the 2nd of June 2019. Tickets are available now, and can be purchased here.

In partnership with Croydon Council, the brand new music and food festival, expects to host 15,000 music fans, at Croydon’s Lloyd Park. The festival will make it’s debut, this summer, and the first series of names that have been announced look set to electrify Croydon.

Among the first series of artists to be announced and the first confirmed artists to headline The Ends festival, which will take over Croydon’s Lloyd park this May and June, is Nas; Wizkid; and Damien Marley.

Kicking the festival off will be hip hop artist, Nas, who will take to the stage, on Friday the 31st of May,  followed by Nigerian singer Wizkid, on Saturday the 1st of June 2019, and Damian Marley – son of the legendary Bob Marley – on Sunday the 2nd of June 2019, to close the final night of the festival. Further acts are to be announced in due course on the official website.

The following name are also on the bill, and joining headliner Nas, on the main stage, on Friday, will be De La Soul; Ghetts; Nadia Rose; A2; Kojey Radical; and Rachael Anson. Meanwhile, that acts hitting up the Ends & Friends Stage, on Friday, will be SAINt JHN; Ama Lou; K-Trap; House of Pharoahs; Tiana Major9; Jgrrey; and Koder.

Concluding, the three-day bonanza with headliner Damian Marley, on Sunday the 2nd of June 2019, will be  J Balvin; Nao; Masego; Burna Boy; Mansur Brown; The Compozers; Jaz Karis; and Croydon FM. Meanwhile, over on the Ends & Friends Stage there will be performances from the like of IAMDDB; Seani B; DJ Ace; Benjiflow; Che Lingo; Amber Olivier; and Miraa May.

Last week, we announced our Future Stage in partnership with @yourcroydon and @CroydonMusicArt.
Check out the line-up below!
Tickets: https://t.co/H6cRACNN5h pic.twitter.com/qpgCGehkXu 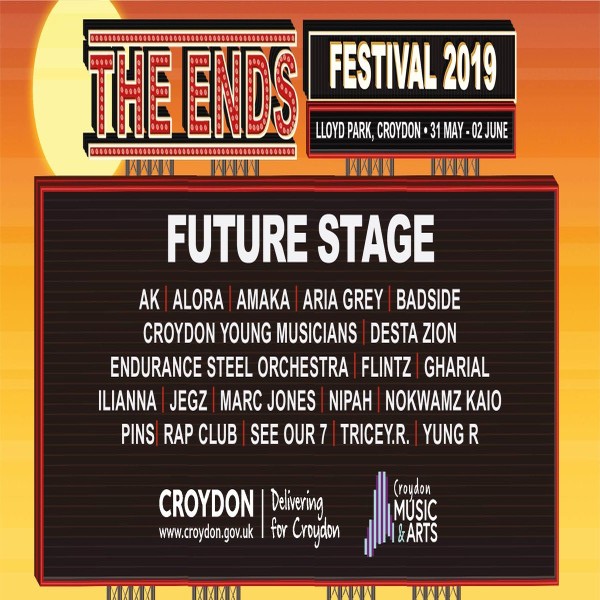