Chris Brown Responds to Chvrches Criticism of his Collaboration with Marshmello

Chris Brown has hit back at Chvrches, following the band’s comments about him being an “abuser”. Brown also took to social media to hit back a the band, saying “These are the type of people I wish walked in front of a speeding bus full of mental patients.”

With the debate heating up Chris Brown fired back at the Scottish-band. Leaving a comment on one of their Instagram posts, Brown wrote: “Bunch OF LOSERS. Theses are the type pf people I wish walked in front of a speeding bus full of mental patients. Keep grovelling over your own insecurities and hatred.

“I’m Black and Proud. And I know it hurts that you guys are struggling with life or peace, so you are forced to see my success. You aren’t even #2 (Remember 2nd place only means you lost first! Ta-Ta. Goodday Peasants.” 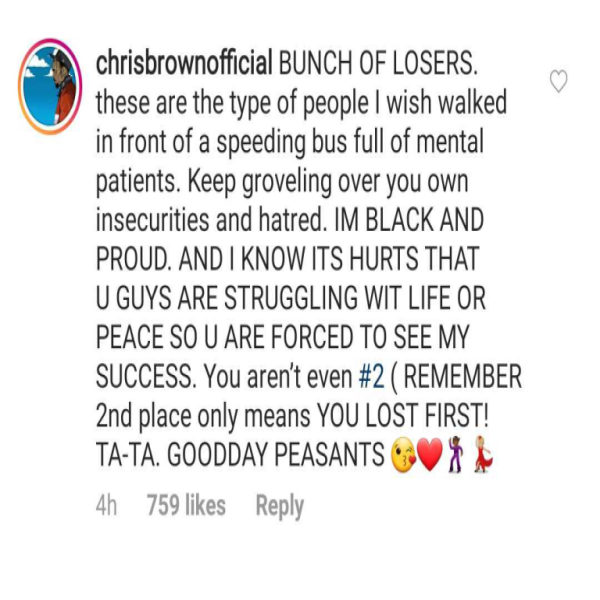 Tyga has also commented on Chvrches Instagram, however his response took a different approach and leaned more towards growth and peace. He wrote: “We’re all God’s children. Everyone makes mistakes no ones perfect. Let’s keep the energy positive.” 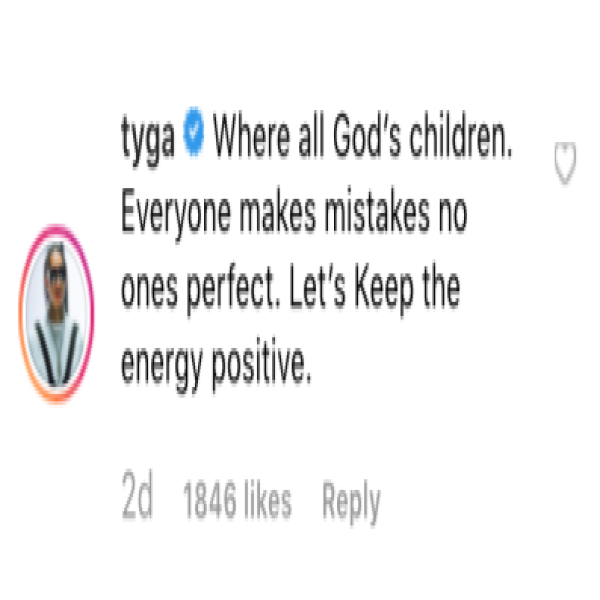 Last month, Chvrches teamed up with Marshmello on new single, ‘Here With Me’. But, today (April 26) the Scottish band have taken to Twitter to hit out at the EDM DJ for his latest collaboration, ‘Light It UP’, because it features both Tyga and Chris Brown.

Taking to social media, the trio, said: “We are really upset, confused and disappointed by Marshmello’s choice to work with Tyga and Chris Brown. We like and respect Mello as a person but working with people who are predators and abusers enables, excuses and ultimately tacitly endorses that behaviour. That is not something we can or will stand behind.”

The band have not yet responded Brown’s or Tyga’s comments, but the band’s frontwomen Lauren Mayberry did post a couple of screenshots featuring abusive direct messages she received following her initial comments. Taking to Instagram, Mayberry wrote, “Angry men on the internet can call me all the names they want. I still think domestic abuse is wrong.”

The last “bitch” really helped get the point across Angry men on the internet can call me all the names they want. I still think domestic abuse is wrong. Peace out, internet. Tomorrow is a brand new day.