Legendary Massachusetts metal/hardcore outfit Cave In have made their heavily anticipated return with their Relapse Records debut, Heavy Pendulum, which also marks their first studio full-length record in over a ten years. Cave In have shared the newest single “Reckoning” with an accompanying band performance video. “Reckoning” is the first Cave In song to be fully written by guitarist Adam McGrath. You can listen to the powerful new tune below.

McGrath stated, in regard to the writing process: “‘Reckoning’ started as a demo I sent to the band for consideration while mapping out the track list for Heavy Pendulum. It was inspired by the idea of adding a song to the acoustic/electric live sets Steve and I had been performing on and off for the last 20 years. A fresh song with that set-up (acoustic/electric guitar) seemed exciting to pursue. Somewhere between Led Zeppelin’s ‘Battle of Evermore’ and Mad Season’s ‘Long Gone Day’ is the birth of ‘Reckoning,’ a song about digesting huge loss and forging paths into unknown futures.”

Additionally, Cave In have announced headline tour dates throughout the rest of the year. The band is set to tour the United States from July 21st-August 6th with fellow Relapse Records label mates Author & Punisher. Cave In will also tour throughout Europe & the United Kingdom in October with support from Stake.

Heavy Pendulum was produced at God City Studios by revered producer and Converge guitarist Kurt Ballou, and showcases everything that has long established Cave In as one of the best contemporary rock, hardcore, and metal bands since their monumental 1998 debut Until Your Heart Stops. From the driving tracks such as crushing opener “New Reality” to the metallic edge of “Blood Spiller”, Heavy Pendulum sees Cave In look back at their discography and capture their most memorable, visceral, and forward-thinking moments to create a record that is all at once familiar and in true Cave In fashion, ahead of the mainstream. 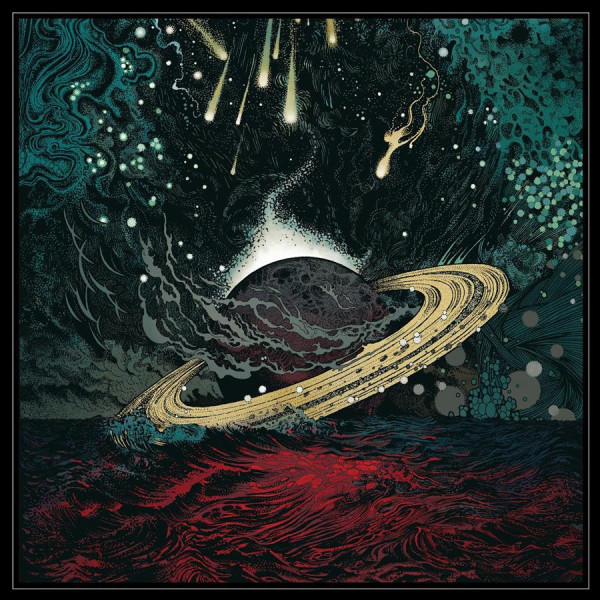 Cave In was formed in 1995 in Methuen, Massachusetts, taking their namesake from the song “Cave-In” by the beloved NYC slowcore outfit Codeine from their debut album Frigid Stars; a far cry from the pummelling fusion of hardcore punk and metal that Cave In would become known for. The band currently consists of guitarist and vocalist Stephen Brodsky, guitarist Adam McGrath, drummer John-Robert Conners and bassist Nate Newton.
The UK dates of Cave In’s headlining EU/UK tour with Stake can be viewed down below. Ticket information can be found here.