Camp Bestival has been forced to cancel it’s final day proceedings due to sever weather, which has recently gripped the UK. The festival’s organisers are “utterly devastated and heartbroken” that the decision had to be made to close the site in Dorset.

The gates first opened for the festival on Thursday July 26, and was due to run until the night on July 29, seeing the likes of Orbital, Simple Minds, and The Undertones take to the stage at the Lulworth Castle site. However, the festival organisers issued a statement saying that the site had to be close as a safety precaution, following several flood warnings issued across England and Wales over the weekend, following a nigh-on unprecedented heat wave in the UK.

The post continues: “You are by far the best festival audience and we love you dearly. This has been such a tough decision, but the safety of all you guys, the families, kids, and our working staff has to be of paramount importance.

“The campsites will remain open tonight if you want to continue with your Camp Bestival stay regardless of the conditions. Thank you so much for coming and please get home safely.”

Fans shared recorded footage of the damage caused by the weather, with the general consensus being that the right decision was made to cut the event short.

@SkyNews loved my time at #CampBestival but an early escape was essential. Wow, what a weekend, what a storm pic.twitter.com/aG2qWjB8Ih

Bestival itself is still scheduled to go ahead at the same site next weekend, with London Grammar, Silk City (Diplo and Mark Ronson’s collaborative proect) and M.I.A, confirmed to headline. Last week, an offer for two-for-one day tickets surfaced online, which you can look into here. 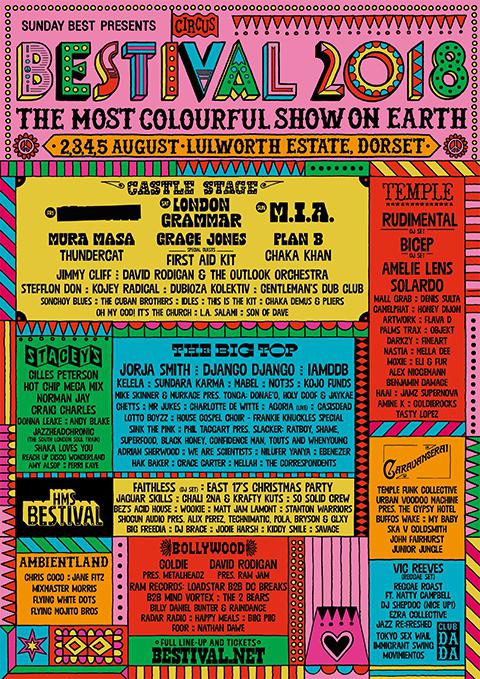