So, it’s a lengthy lineup, with Shy FX, Noisia, Andy C, Angerfist, and Skindred also billed. Plus, drum ‘n’ bass legends Pendulum will be presenting Pendulum Trinity, an entirely new show for the 2020 run. Have a gander at who else is featured to perform below. It’s fair to say, there’s a lot going on. 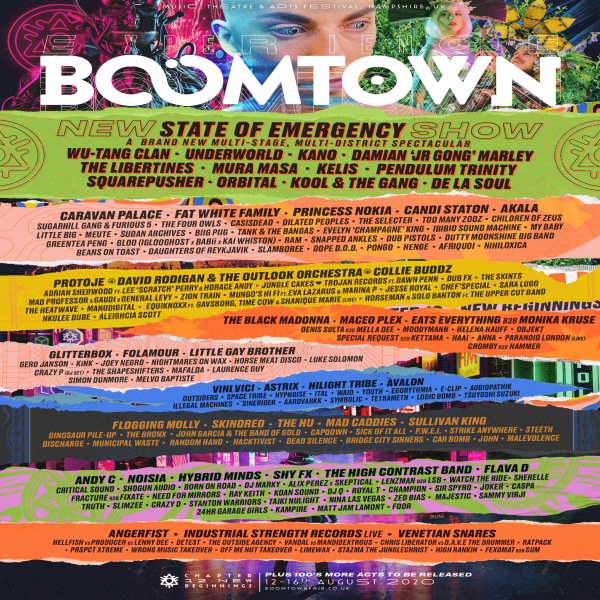 It’s a lot to look forward to, and the Hampshire festival’s twelfth year doesn’t appear to disappoint. For ticket and further information on Boomtown Fair, check out the link here.

Described as a “new multi-stage spectacular”, Boomtown 2020 introduces the brand-new “State Of Emergency”, an immersive theatrical experience. Check out the trailer at the link at the bottom of this story.