Body & Soul festival have revealed the line-up for their Midnight Circus Stage, which features Octavian and Ms Banks. The announcement comes as the ground-breaking music; arts and wellness festival, Body & Soul have announced a new collaboration with Hennessy – a long-time supporter of the festival. Tickets are available now and can be purchased here.

This year is a special edition of Body & Soul festival, as it celebrates its tenth anniversary by returning, with another impressive and electric celebration of music, to Ballinlough Castle, Co. Westmeath, taking place over three-days between the 21st and 23rd of June 2019. Hennessy and Body & Soul have teamed up to present, The Midnight Circus Stage, which revealed its impressive line-up, of Irish and International hip hop acts featuring the likes of Octavian and Ms Banks.

Hennessy and Body & Soul are set to present the Midnight Circus stage, on the first night of the festival, Friday the 21st of June 2019. The stellar line-up featuring an impressive line-up of some of today’s best known and up-and-coming Irish and international hip-hop acts, which have been specially curated by MangoXMathman collaborator, DJ and producer, Adam Fogarty.

Body & Soul’s Midnight Circus, in collaboration with @HennessyIRL and curated by Adam Fogarty AKA Mathman present some of today’s most exciting hip hop and rap artists.

Speaking on his curation of the Hennessy and Body & Soul presents the Midnight Circus stage, Adam Fogarty (also known as Mathman), said: “Over the last number of decades, Hennessy with its own rich traditions, has always supported Irish talent in music, arts and culture, and it’s a brand synonymous with hip hop music. It’s for these reasons I’m honoured and extremely excited to collaborate with Hennessy and Body & Soul to curate the Midnight Circus Stage on the Friday night this year.

“Their support of urban music means our incredible Irish talent can stand side-by-side with its international counterparts all on one line-up. I’m proud to say that exactly half of our stage is made up of Irish acts, which shows the strength of talent this country has to offer. The other 50% is made up of some of the most exciting, eclectic and sought after artists in the game right now, both male and female. From beginning to end, the night will be an artistically rich experience celebrating Irish and international talent, and in the truest essence of hip hop – a raucous party.” 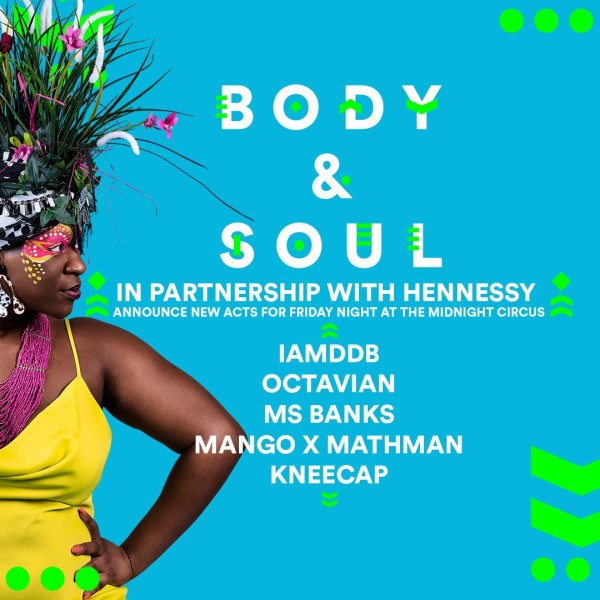 Speaking about Hennessy’s collaboration with Body & Soul Festival, Moët Hennessy Market Development Manager, Elaine Cullen, said: “Hennessy is intrinsically linked to Ireland and has been supporting Irish culture for decades. Body & Soul has been a showcase for amazing Irish and international culture for ten years now and each year is known for creating a magical line-up of musical delights, artistic exploration and more.

“It’s fantastic to be able to collaborate with Mathman and the festival to bring some of the leading names from the Irish and international hip hop scene to the Hennessy presents Midnight Circus stage. The Hennessy Sound Lounge proved a great success last summer so we’re looking forward to introducing it and a new group of vinyl collectors to Body & Soul’s curious, creative and imaginative audience.” 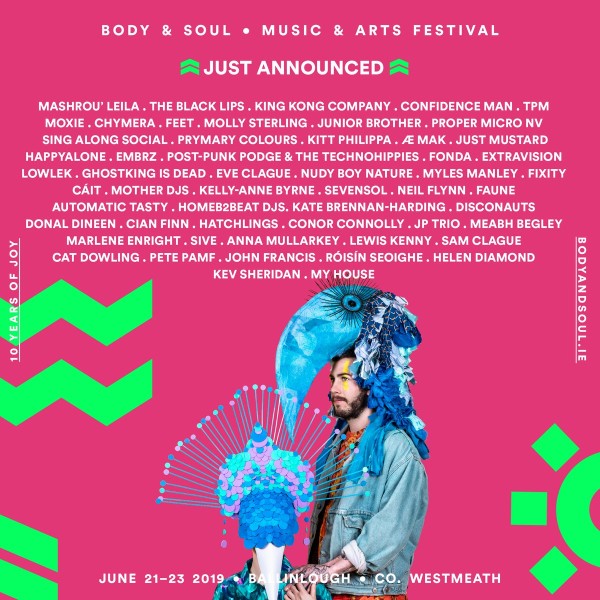