The Beatles’ classic self-titled album (otherwise known as ‘The White Album’ for its blank cover) is due for a special 50th anniversary re-release. Out on November 9th (number nine, number nine…) via the Fab’s own Apple Corps, Capitol Records and Universal, fans can pre-order the release on the official store, and on iTunes and Google Play Music.

As with the 50th anniversary release of Sgt. Pepper last year, all the double LP’s thirty tracks have been remixed into 5.1 surround sound by Giles Martin (the son of The Beatles’ producer George Martin) and engineer Sam Okell using the original master tapes, stored in the vault of EMI’s Abbey Road since 1968.

Committed Beatlemaniacs can get the ‘Super Deluxe Edition’, which will contain all 27 of the ‘Esher demos’, fifty alternate takes (some of which were never released) and a 164-page book of rare photos, handwritten lyrics and essays. See the trailer for the re-release below:

Ahead of the big day in November, The Fabs yesterday released three versions of ‘Back In The USSR’, a classic Paul song written as a parody of The Beach Boys and Chuck Berry: the 2018 remix, the Esher demo and the previously-unreleased Take 5. You can stream and download the tracks here.

Hailed by some as The Beatles’ masterwork, The White Album marked a total 180 for the group after the psychedelic excesses of Magical Mystery Tour and Sgt. Pepper’s Lonely Hearts Club Band. Most of the album’s tracks were written on acoustic guitars in India, where the group were on an extended meditation course with their one-time guru, the Maharishi Mahesh Yogi (the founder of Transcendental Meditation).

Whilst the group’s 1967 releases were driven by Paul and George Martin, The White Album was more the brainchild of John Lennon, who envisioned the work as ‘anti-Pepper’. Many of the songs have a stripped back, almost lo-fi feel, with the band dropping exotic instrumentation, orchestras and choirs in favour of simple arrangements and direct lyricism. Particular highlights of the album include ‘Dear Prudence’, ‘While My Guitar Gently Weeps’ and ‘Happiness Is A Warm Gun’. 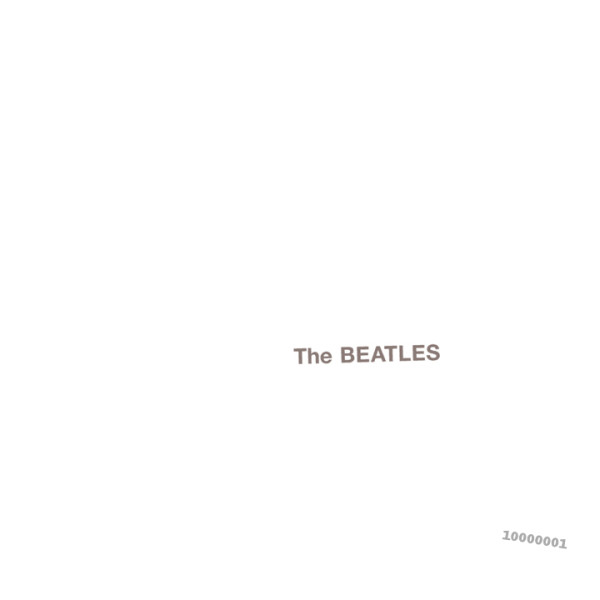 Crucially, though, the album was an omen to The Beatles’ eventual breakup the following year. Yoko Ono was now almost a half-member (with or without the approval of Paul, George and Ringo), John was getting hooked on heroin, and George was increasingly reluctant to accept his subordinate position to John and Paul. Worn out by the tense atmosphere and inter-Fab sniping, Ringo even walked out of the sessions for two weeks to go on holiday to Sardinia.